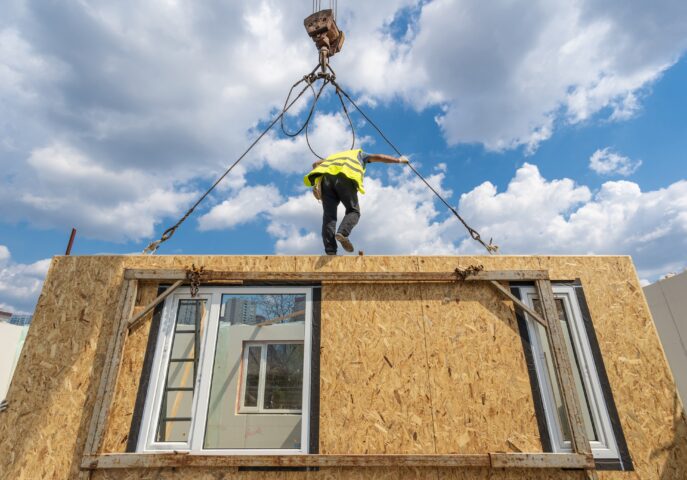 The automotive approach: making fenestration fit for the twenty-first century

Windows and doors are an integral part of modern housebuilding – but the way they’re manufactured and delivered hasn’t fundamentally changed in decades. Nick Cowley, Managing Director of Euramax, argues his sector should learn from the automotive industry.

In of itself, that was nothing special – the Ford Motor Company had been making them since 1908.

But what made this particular car unique was how quickly it had been manufactured.

When Henry Ford started producing what would go on to become the world’s first mass-produced motor car, making one took twelve hours.

This vehicle, however, had been built in just 93 minutes – a time reduction of 88%.

Is fenestration fit for the future?

It might seem strange for the MD of a window and door manufacturer to be talking so much about cars, but automotive has always been at the forefront of innovation in manufacturing.

British fenestration is a great industry, and one I’m proud to be a part of – but there’s no denying that it’s traditionally been much slower to embrace change.

On the whole, it’s arguably the least technological part of the wider construction sector, often lagging behind in terms of the level of service and innovation it’s been able to offer.

That’s made it harder for conventional fabricators to integrate with demanding, fast-growing markets like modular – and for the sake of the industry, and the sectors we serve, I think that needs to change.

What can companies like mine learn from high-tech automotive manufacturing, and how will that benefit housebuilders, architects, contractors and developers?

I think by following its example, we can become more efficient, productive, cut costs and lead times, and provide our customers with higher quality products exactly when they need them.

I’ve already mentioned Henry Ford. He was a major inspiration for the Japanese car manufacturers of the 1960s and ‘70s, who went on to build a multibillion-dollar industry on the foundations he’d laid at the start of the century.

Companies like Toyota developed a new methodology that emphasised the importance of eliminating waste, getting things right first time, optimising the flow of products through a factory, and preventative maintenance.

Henry Ford had iron ore delivered on a Monday, and by Thursday it was part of a finished car. The Japanese car builders implemented the same principle throughout the manufacturing process to dramatically increase efficiency.

But from a window industry perspective, this isn’t just important because doing the same would allow us to do our job better – with the rise of modular, many of our customers are beginning to adopt the same measures, too.

Building a modular home is a precise, high-tech process – and to make it as efficient as possible, we as suppliers have to integrate with those processes as seamlessly as possible.

Just as Ford’s iron arrived at precisely the right time, I think twenty-first century window manufacturers need to have the capacity to deliver their products to the right part of a site or a factory production line exactly when it’s needed.

For customers, that makes life much simpler, cuts manufacturing times and reduces the amount of space they have to use for storage.

The rise of modular

For now, modular is still a relatively small part of housebuilding as a whole. In the decade ahead, however, I think that will dramatically change.

We still need to tackle the country’s ongoing housing shortage – the government has committed to building 300,000 new homes a year, but the closest we’ve got to that so far is 250,000 – and drastically reduce the sector’s carbon footprint.

Modular building will be a key way we tackle both issues. At Euramax, we’ve invested extensively in our ability to offer modular customers the reliable service and consistent quality they need – and in years to come, I expect many other window and door manufacturers will follow suit.

For more information, call Euramax Solutions on 0330 1340290 or email info@euramaxuk.com.