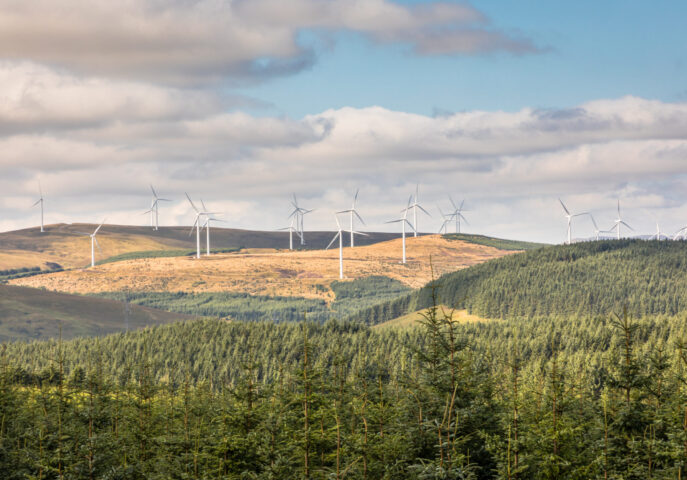 The snowballing climate crisis has introduced us to a long list of new words and concepts over the last ten years.

Recently, I’ve been thinking about one of the latest – ‘greenwashing’.

Greenwashing is an increasingly common term used to describe when businesses claim to be taking action to reduce their impact on the environment, but aren’t.

It doesn’t necessarily mean they’re not doing anything. It just means that whatever actions they are taking don’t go anywhere near far enough, and are done mostly for the marketing value rather than to help the environment.

The pledges they make are very limited, very vague, and often not evidenced – which starkly contrasts with the PR spin, which suggests they’re committing to radical action that will drastically cut their carbon footprint.

But I’m not here to point fingers. In fact, I think we’ve all been guilty of greenwashing to some extent in recent years.

As businesses, we’ve highlighted very small improvements we’re making, or talked vaguely about our desire to become more sustainable, and trumpeted it as a sign of our commitment to sustainability.

But now I’ve come to believe we need to be going much further – and getting much more specific.

Towards a concrete plan

That’s why, here at Euramax, and our parent company, MGI, we’re working on a concrete plan for how we’re going to achieve net-zero.

I can understand why some companies are still shying away from this. It’s a huge amount of work. The scale of the change required is extremely daunting – and at times, it can be a very uncomfortable process.

It requires you to start by acknowledging where you’re at now – and there’s no way around it, as construction and manufacturing businesses, our carbon footprint is very large. That can be demoralising.

But increasingly, having a specific, point-by-point timetable for decarbonising your operations isn’t just going to be something you need to have for moral reasons – although that should be enough.

Here at Euramax and our parent company, MGI, we’re only at the very beginning of our net zero journey.

We’ve recently hired a dedicated Carbon Reduction Analyst to the team. Qualified in geography, Matthew Williams is tasked with planning, designing and developing our decarbonisation strategy.

We’re also starting to make small steps towards net zero. We’re now zero-landfill – none of our waste material gets sent to landfill, and is all recycled.

We use 100% renewable energy. We’ve installed solar panels on our trucks, saving 2.5 tonnes of carbon every year.

We’re also in the process of swapping out lightbulbs across our 205,000 square foot premises for more energy efficient alternatives – equalling savings of 20.13kg of carbon dioxide every hour.

None of these changes are revolutionary – if we claimed they were, we’d be guilty of exactly the sort of greenwashing I talked about earlier.

But they will form the part of a detailed, specific plan for taking this business from where it is now to the point it produces no carbon emissions whatsoever – or that what little emissions it does produce can be easily offset.

Net zero is a long, daunting road. But for the sake of our grandchildren, it’s one every business and every sector of the economy has to walk.

So I’d encourage businesses across our industry to start making concrete plans for achieving it today.