Are Apprentices the Key to Tackling the Skills Shortage?

Companies across fenestration and beyond are struggling with the worst skills shortage in a generation. At fast-growing Barnsley manufacturer Euramax, they think apprenticeships are part of the solution.

At the time of writing, there are long queues at just about every petrol station in the country. The Petrol Retailer Association is reporting that 27% of its members have run dry entirely, and despite government reassurances, many forecourts are warning the situation is getting worse, not better.

But here’s the most remarkable thing of all – there’s no shortage of fuel. There’s been no drastic drop in the amount of petrol being produced.

Instead, the root cause is something we in construction, fenestration and manufacturing have become all too familiar with in recent years – a shortage of people.

The skills shortage is something people have been warning about for decades, and many companies have been struggling with for years – but over the last 18 months, it’s increased to a point where it’s having an enormous impact on Britain’s ability to do business.

In our sector, it’s especially severe. Data from recruitment specialists Search Consultancy suggest manufacturing and construction are the worst affected areas of all, with 85% of companies experiencing difficulties, each of those companies are 18% understaffed on average, and it takes four months on average to find a suitable candidate.

And while it’s roles on the factory floor that are the most challenging to fill, in construction and fenestration it’s often a struggle finding the right people in any position.

“I’m not going to pretend I have all the answers to the skills crisis – it’s an extremely complex issue, and one that will take a lot of strategic thinking and significant government intervention to tackle,” comments Managing Director Nick Cowley.

“But I do passionately believe that as individual businesses, we can and should be doing a lot more to try and ease it.

“One small but important step we’ve taken in recent years is starting to take on apprentices. We began working with our first, Holly Camplin, back in 2019, and the experience has been so positive that we’re extremely eager to take on many more in the months and years ahead.” 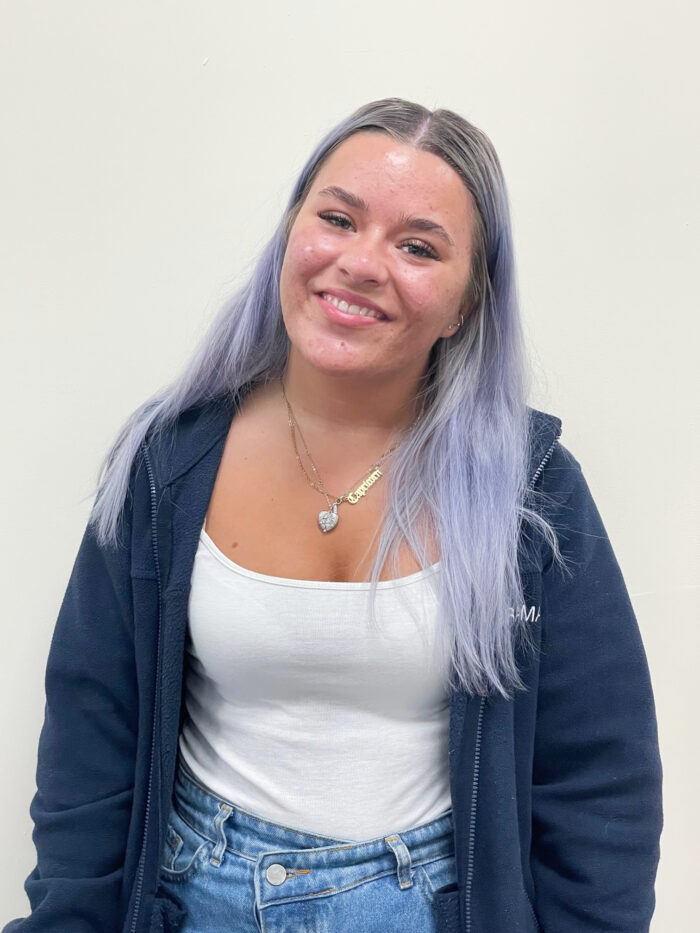 19-year-old Holly originally started studying zoology at Barnsley College but decided it wasn’t for her and went looking for other opportunities instead.

A quick search on a local government website produced a list of local companies that were looking for apprentices – one of which was Euramax.

“I applied for apprenticeships at two big companies, and got accepted for both,” Holly explains. “They were both great, but in the end, I went with Euramax because the people were so friendly.

“I started as an admin apprentice at the company in November 2019, originally working on the holiday home side of the business, but then focused on the DIY side.

“After a few months, everything drastically changed because of COVID. Before I’d been doing four days a week at Euramax, then Fridays at college, but all of a sudden I was at home all the time.

“I don’t like working from home, so it was a bit of a struggle – several different members of my family were in the same boat and trying to work in the house, and it was hard not to step on each other’s toes.

“However, Euramax were really supportive throughout this whole period. When things re-opened, I was a bit behind with my college work because I’d struggled to do it at home, so Euramax let me use Thursday afternoons to catch up. By the end, I was finishing work before it was due because of that!

“My manager had also done a lot of business management qualifications and was always more than happy to offer advice when I had to deal with similar subjects in my college work too.

“Once the apprenticeship was over, I was really happy to be offered a full-time job in the admin team. Initially, I was responsible for processing orders, answering the phones, dealing with customer enquiries and so on.

“Now I’m a bit more experienced, I’m also doing quotes and helping customers with made-to-measure orders. I really enjoy it, and most of all I love the friendly, helpful culture at Euramax!”